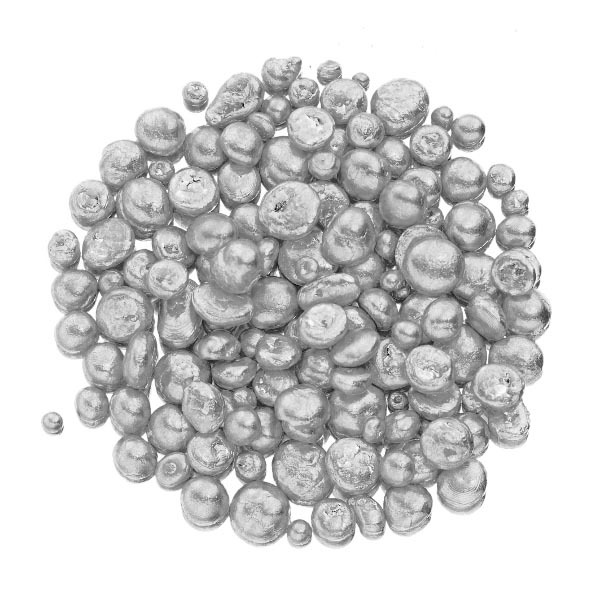 When choosing a piece of jewellery, the colour of the metal is one of the first decisions you need to make. You can choose from yellow gold, rose gold, or one of the white metals such as platinum or white gold.
Platinum and white gold tend to create confusion between consumers and jewellers alike. To be perfectly honest, one is not better than the other, nor is there any right or wrong when it comes to choosing between platinum and white gold. Both white metals have their characteristics and properties that make them unique. Each characteristic provides certain benefits but also introduces other drawbacks.
We have broken these characteristics into the following areas in the hope of explaining the details and differences of both metals.

It is widely accepted that platinum is a whiter metal and therefore does not require rhodium plating (a coating to make the metal a whiter colour). White gold on the other hand requires re-plating every so often depending on wear and abrasions. Several years ago, white gold had a hereditary yellow tinge to it. Depending on the alloy being used, it may still have this hue present. However, advances in alloy technology can result in a crisp white colour, closing the colour gap between the two metals for jewellers who choose to use this costly re-plating option. Although white gold may still need to be rhodium plated, it does not have the yellow tinge it once used to have that made platinum the king of white metals.

The misinterpretation of strength is also widespread when it comes to comparing these two metals. Firstly, we need to understand the composition and properties of each metal. Follow our link to precious metals for an in-depth explanation.
Strength is better described in terms of hardness and malleability. Hardness refers to the metal’s ability to resist dents and scratches, whereas malleability is the ability to bend and twist a metal without breaking it. Platinum is used very close to its pure form (95%), which makes it softer than 18ct white gold. However, platinum is a denser metal, meaning that it is less malleable.
How does this translate to an engagement ring made using platinum? A platinum ring is more likely to dent and scratch. However, because it is denser and less malleable it is less likely to bend and twist (making it great for claws and settings). A white gold ring is less likely to scratch and dent but can bend out of shape and twist more readily (making it great for the band of the ring).

This area is a little more straight forward. Because platinum is a dense metal, it will weigh more than its white gold counterpart. In short, two otherwise identical platinum and white gold items will have approximately 20% difference in weight, with platinum being the heavier of the two.

In recent times, we have seen the spot price for gold and platinum trade very close to one another. Although the raw material prices were very different in the past (with platinum being more expensive), there still seems to be a considerable price difference between jewellery made using either metal.
The first reason for this is that platinum is used in a higher purity (95%), whereas 18ct white gold has a lower pure gold content (75%).
The second reason is that platinum weighs more than 18ct white gold, which means that we use more platinum to make a comparable item out of white gold.
Platinum can also incur a small surcharge during the manufacturing process, as it is a little more difficult to work with.
Finally, platinum cannot be re-used without being refined, which is an expensive process. With white gold, all the filings and scraps can be melted down and re-used to make the next piece of jewellery. This reason alone can account for most of the cost difference between platinum and white gold.
In summary, both platinum and white gold have their advantages and disadvantages. Neither is better than the other. We recommend taking their application into account when making your decision. Platinum will be more appropriate to use in filigree work or when working in two-tone or multi-tone metal colours. White gold may allow you to get a bigger or better stone, using what you save on the metal. The ongoing serviceability of white gold is easier than platinum. For example, jobs such as re-tipping may pose a higher risk to the gemstones due to the high melting temperature of platinum.
We believe unless there is a religious reason, an allergy, or the design requires the use of platinum, you should save your money and spend it on the gemstone. Visually it is very difficult to distinguish between platinum and white gold.

The Ultimate Guide To ‘Eternity Rings’: What They Are, What To Choose, And Where To Buy Them

The Ultimate Guide To ‘Eternity Rings’: What They Are, What To Choose, And Where ...

When & Why Did Platinum Engagement Rings Become Popular?

When it comes to platinum, its power lies in its strength, which is exactly what make...

Do Couples Pick Engagement Rings Together? How To Do It & Still Keep The Romance

Who doesn’t love surprises—especially when it comes to a good engagement stor...

Jewellery House, where creativity blends with inspirations & craftsmanship is infused with elegance, to forge opulent memories.